IN MEMORY OF VOLODYMYR DMYTROVYCH PARKHOMENKO 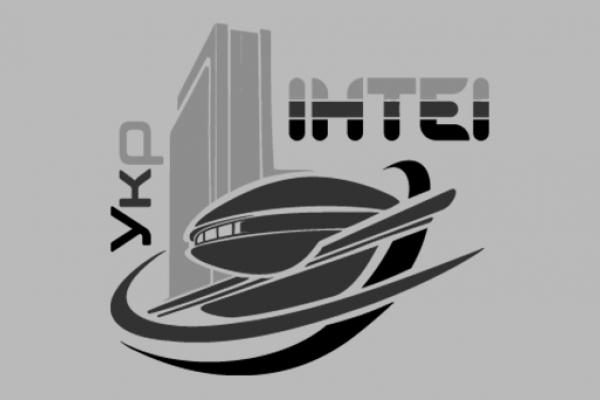 On June 25, 2022, Volodymyr Dmytrovych Parkhomenko (1933–2022), an outstanding Soviet and Ukrainian scientist, teacher, and public figure, passed away. Corresponding Member of the Academy of Pedagogical Sciences of Ukraine (1994), Doctor of Technical Sciences (1976), Professor, Laureate of the State Prize of Ukraine in Science and Technology (1992), Honored Worker of the Higher School of the Ukrainian SSR (1979), Excellence in Education of Ukraine (2002), Supreme Soviet Deputy of the Ukrainian SSR of 10th and 11th convocations.

Significant experience of his scientific work began in 1960 with postgraduate studies at the Dnipropetrovsk Institute of Chemical Technology, where he later worked as an assistant, associate professor, dean, head of the department, and since 1972 – rector.

Since June 1984, Volodymyr Parkhomenko became First Deputy Minister, and since December 19, 1984 – Minister of Higher and Secondary Specialized Education of the Ukrainian SSR. After reforming the education system in 1991, he worked as First Deputy Chairman of the State Committee of Ukraine on Science and Technology. In this post, Volodymyr Dmytrovych Parkhomenko made a significant contribution to the development of the system of higher education and information and analytical support in higher education institutions in Ukraine.

In 1991, at a difficult time for Ukraine to take the path of independent development, when the Academy of Technological Sciences of Ukraine was founded, in order to preserve and develop high technologies in Ukraine as the basis for solving social, economic, environmental and other problems of ensuring proper national security of the country, V. D. Parkhomenko was one of its founders, head of the section "Socio-economic management of technologies, training and retraining of specialists".

In the future, the life path of the scientist became an integral part of the formation and development of the Ukrainian Institute of Scientific and Technical Expertise and Information (headed in 1997–2007), in which, under his leadership, an atmosphere of scientific creativity, mutual understanding and cooperation developed at the Institute.

Much effort has been made to ensure that Ukraine enters international organizations as an equal partner with significant potential for cooperation in the scientific and technical field. Volodymyr Dmytrovych Parkhomenko served as the Plenipotentiary Representative of Ukraine at the International Center for Scientific and Technical Information, was elected Chairman of the Interstate Coordinating Council of the CIS countries on scientific and technical information, editor-in-chief of the journals "Scientific and Technical Information" and "Science, Technology, Innovation", and also a member editorial boards of the journals "Science and Innovations" and "Intellectual Property".

During the years of work as the director of UkrISTEI, it was his efforts and perseverance that made the conference hall and high-rise of the institute (180, Antonovycha str., Kyiv) repaired and made available to visitors, which is now known to a wide range of residents of Kyiv and far abroad as "a flying saucer”, which later allowed it to be recognized as an architectural monument of local importance.

Since 2007 Volodymyr Dmytrovych Parkhomenko worked as the rector of the State Institute of Intellectual Property.

Volodymyr Dmytrovych is the author of about 600 scientific papers, including monographs, teaching aids, 90 patents and copyright certificates in the field of plasma chemistry of inorganic substances and scientific and technical information. More than 40 candidate and doctoral dissertations have been defended under his supervision.

Parkhomenko Volodymyr Dmytrovych has always been at the epicenter of the constant promotion of the scientific and technological movement of independent Ukraine. His work was highly appreciated during his lifetime: Corresponding Member of the National Academy of Pedagogical Sciences of Ukraine, Professor, Doctor of Technical Sciences, Honored Worker of the Higher School of the Ukrainian SSR, Excellence in Education of Ukraine, Laureate of the State Prize of Ukraine in the field of science and technology, awarded the jubilee medal "For Valiant Labor", two orders of the "Red Banner of Labor", the Order of Merit of the 3rd degree, the Order of the Ukrainian Orthodox Church "St. Nestor the Chronicler" of the 3rd degree, the Diploma of the Presidium of the Supreme Council of the Ukrainian SSR, the Diploma of the Verkhovna Rada of Ukraine.

The bright memory of Volodymyr Dmytrovych will forever remain in the hearts of his relatives, friends, colleagues, his former graduate and doctoral students and all who knew and honored him for his great humanity, sincerity and wisdom. A man with a capital letter, a real citizen of our state.  We will always miss you and remember you.